Switch to the dark mode that's kinder on your eyes at night time.

Switch to the light mode that's kinder on your eyes at day time.

Switch to the dark mode that's kinder on your eyes at night time.

Switch to the light mode that's kinder on your eyes at day time. 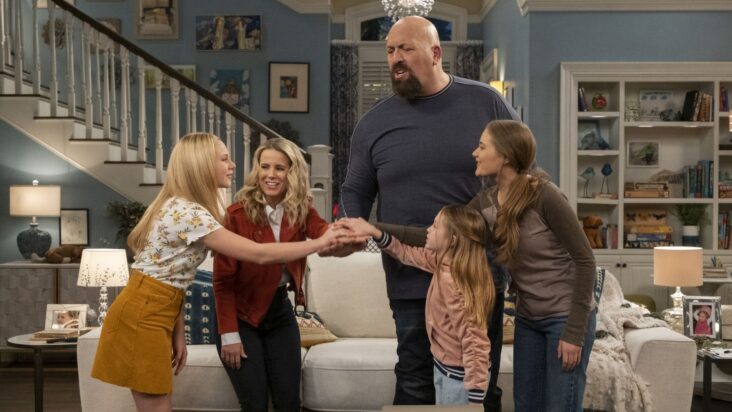 When I heard Big Show was getting his own Netflix show awhile back I immediately thought “oh look, he’s following in John Cena’s footsteps”. Lol

I know, I know, don’t compare the two! But it’s hard since they’re BOTH former wrestlers who now have acting careers.

I’m assuming this will be the big start for the Big Show in his acting world, but the bigger question is …. is he any good?

Is The Big Show Show On Netflix Any Good? Episode 1 Review

Actually it is … it just doesn’t feel like it belongs on Netflix.

Is that weird? Is it just me?

But after watching the first episode of The Big Show Show, it just feels like this show belongs on Nickelodeon or Disney Channel.

However, I don’t normally watch “kid shows” on Netflix, so maybe that’s why?

The Big Show Show definitely feels like a KIDS show, so if your kid is a wrestling fan then this is great for them. There’s no wrestling though. From what I’ve seen in episode 1, this is just gonna be a basic family sitcom that stars the famous wrestler.

It’s still a good show to watch with your kids though. I chuckled through the first episode at some of the jokes and lines, and especially at the crazy little sister.

Related: What To Watch On Netflix

The Big Show’s teenage daughter (from a previous relationship) who goes to live with him, his wife, Cassy, and their two younger daughters in Florida.

And it’s apparent that Big Show was still in her life, he just never had the chance to father her in real life. He specifically says in the show …

So this is great for kids who have to go stay with a parent they’re not used to living with or even for parents who are finally stepping up with a kid they weren’t around for (physically) much. It’s a good reminder that everything won’t be perfect, but we’re still family so let’s make it work.

Do I have to be a fan of wrestling or The Big Show to watch this?

Nope, not at all.

Just like the movie Fighting With My Family, which is about a female wrestler (and currently on Hulu) you don’t have to be a fan of wrestling or The Big Show to watch this.

It’s just a cute, cheesy, family show, that also happens to stare a famous wrestler. There’s a snippet of his wrestling life (like 3 seconds worth – nothing to worry about) in the first episode so if you’re unfamiliar with Big Show then you get to see a clip of what he was like as a wrestler, but that’s it.

Related: What It Was Like Meeting The Fighting With My Family Cast

Will I be rushing to finish this series?

Probably not. There’s still soooo much I have to see on Netflix, that this just isn’t on my “priority list”. (Not like when I watched the first episode of The Letter For The King, just to review it, and ended up binging the entire show in like two days. Lol)

But I know there are a ton of folks who have kids who LOVE wrestling, so this is a good show for the entire family to watch together.

P.s – Thanks for reading! Don’t forget to hit the share button below so your friends can read this awesome post as well. Comments are always appreciated and responded to. So gon’ and tell me how you REALLY feel! Thanks in advance! Now click around and read something else. Lol There are lots of suggestions below!

Shaye is an Entertainment Writer from Brooklyn, NY and a big fan of anything and everything superpowers related (especially if kids/teens are involved), cooking + baking shows (like MasterChef Junior and Cupcake Wars), teen dramas, sitcoms, comedies, and legal dramas. When she's not binging the latest series on Netflix or writing, you can find her spilling her thoughts on the Brown Side of Disney Chat or creating YouTube videos with her daughter for their new family site, Popcorn and Tater Tots.

Back to Top
Close

Hey Friend! Before You Go…